So it turns out there is nothing wrong with my laptop, just a stiff on/off switch, feel a bit of a fool as it worked as soon as Dan turned it on.  I wouldn't like to tell you how many times I tried!!  Maybe the act of carrying into work jiggled it.  Well at least that’s one less expense.

On to the weekend - The boys came to stay on Friday and we had a great time.  Laurie started his interest in yarn. And Rufus went for his nap with a sticker book!! 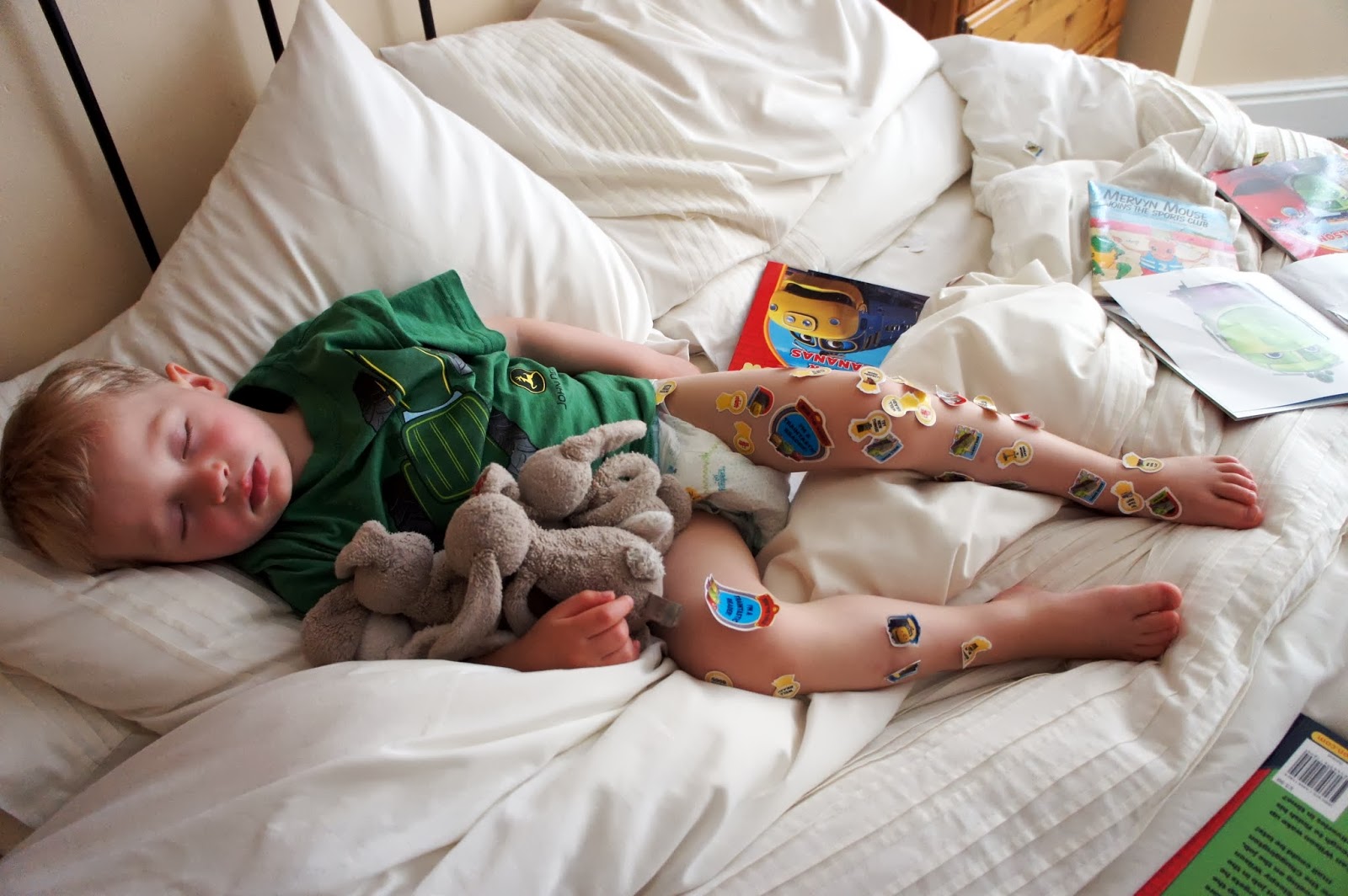 Hubby and eldest daughter went off to Harry Potter World on Saturday and Rachel and I were left in charge.  We had planned to take them for a picnic and paddling but the weather was a bit iffy so we decided to go into St Ives on the bus instead.  Are we glad we did!  It was Armed Forces Day on Saturday, and when we got to St Ives we were met with the sight of US Army trucks and jeeps and a Spitfire airplane, to say Rufus was excited was an understatement.  We had a good look round then went off to feed the ducks. 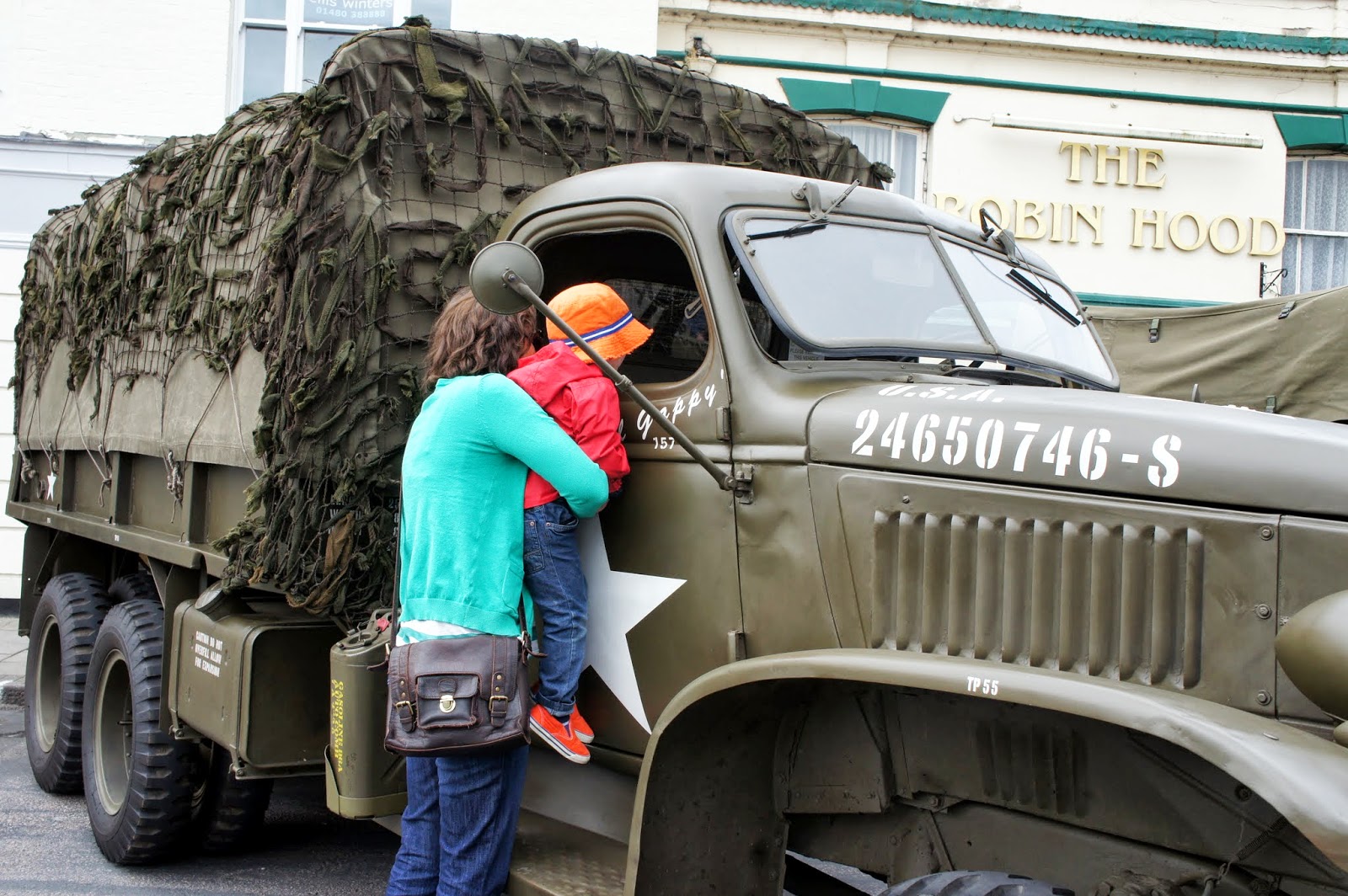 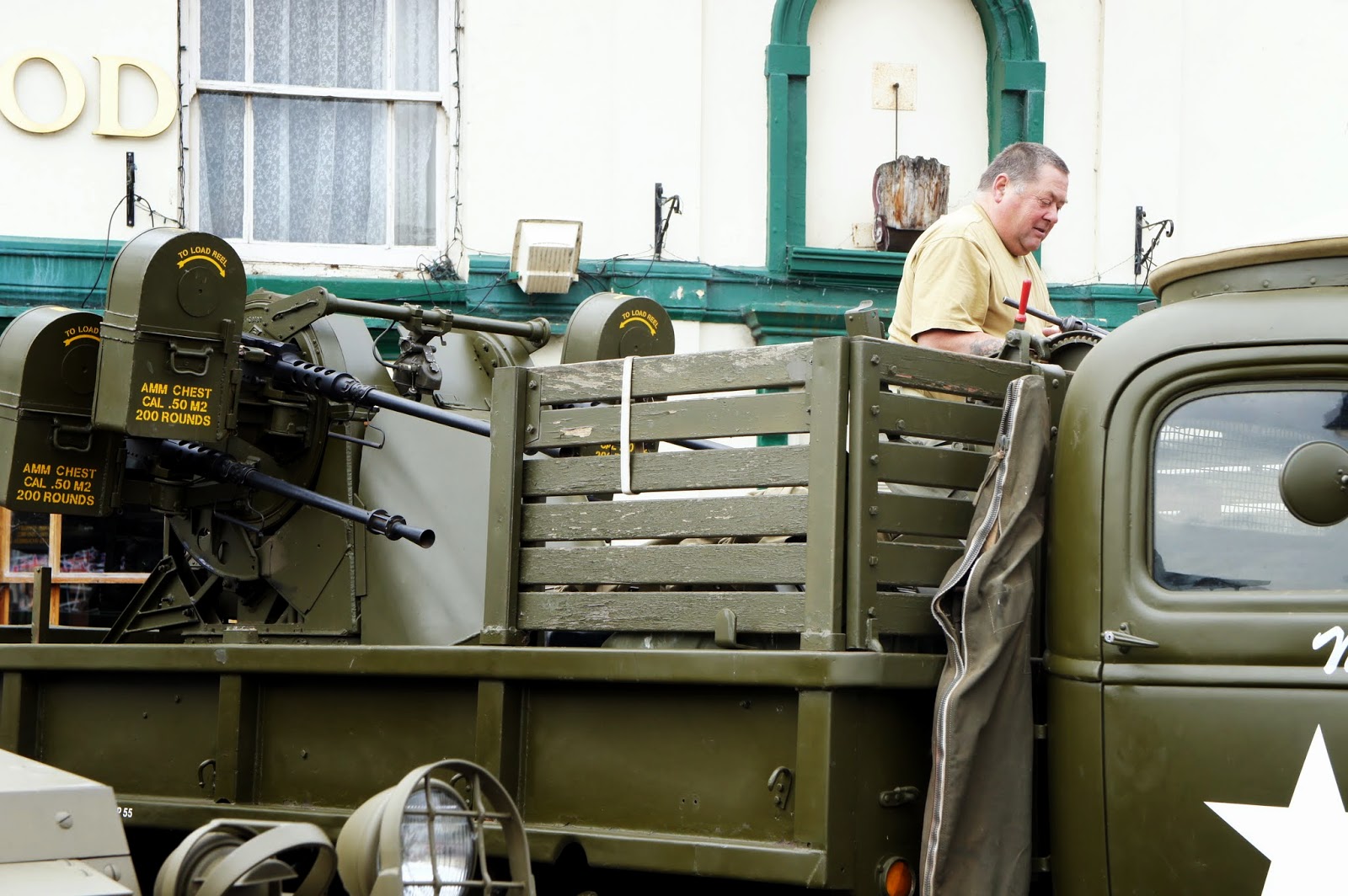 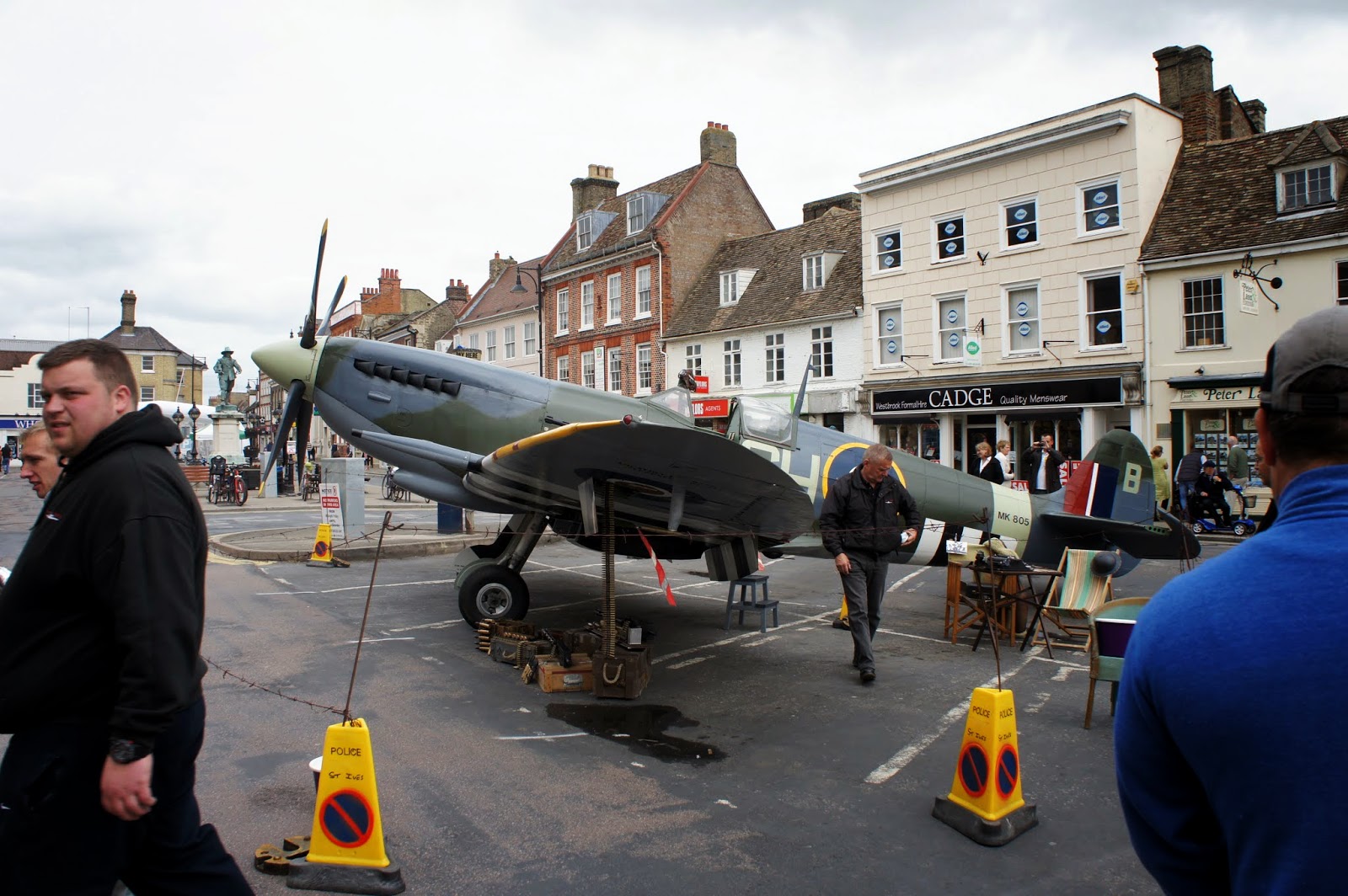 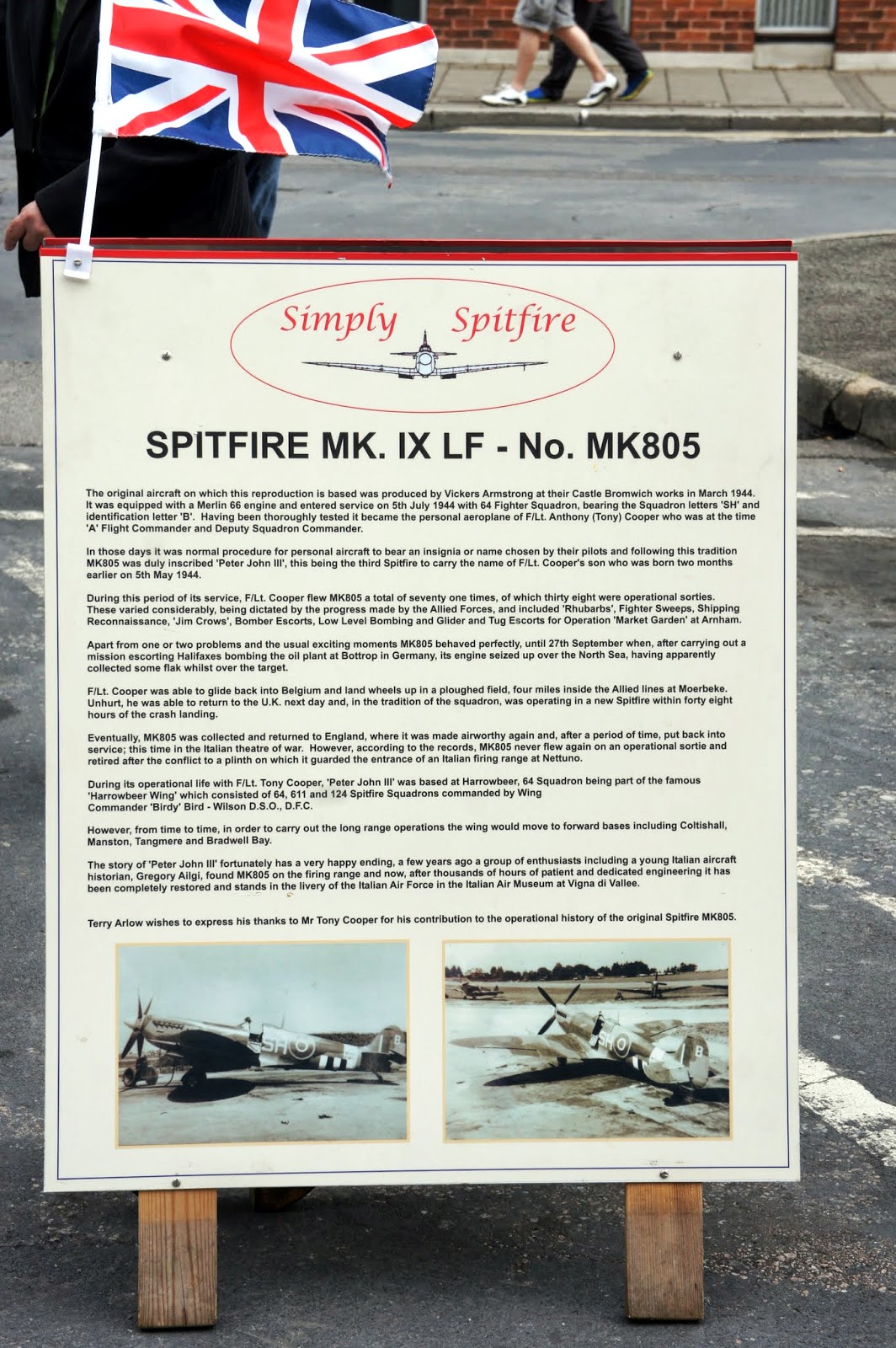 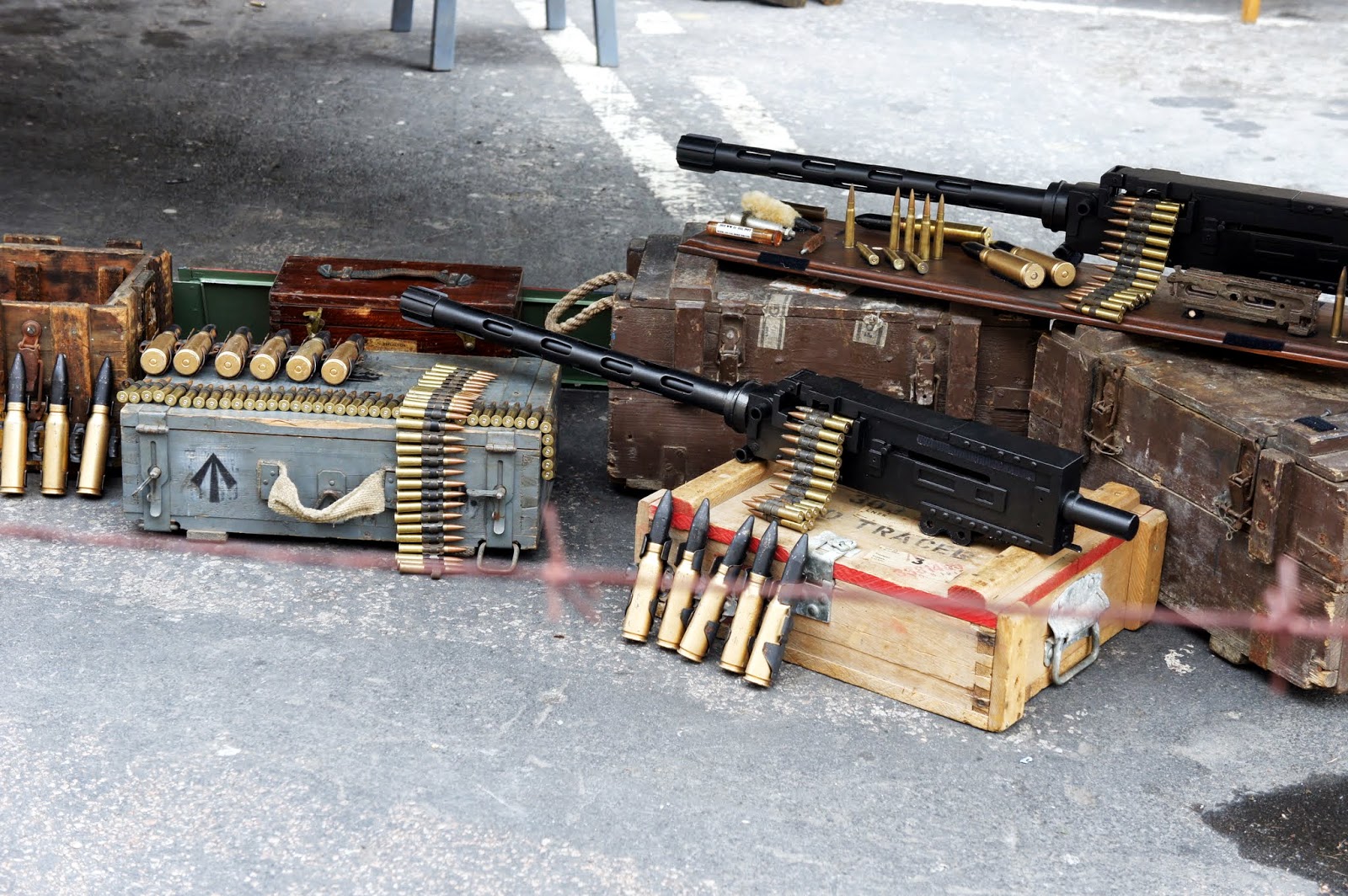 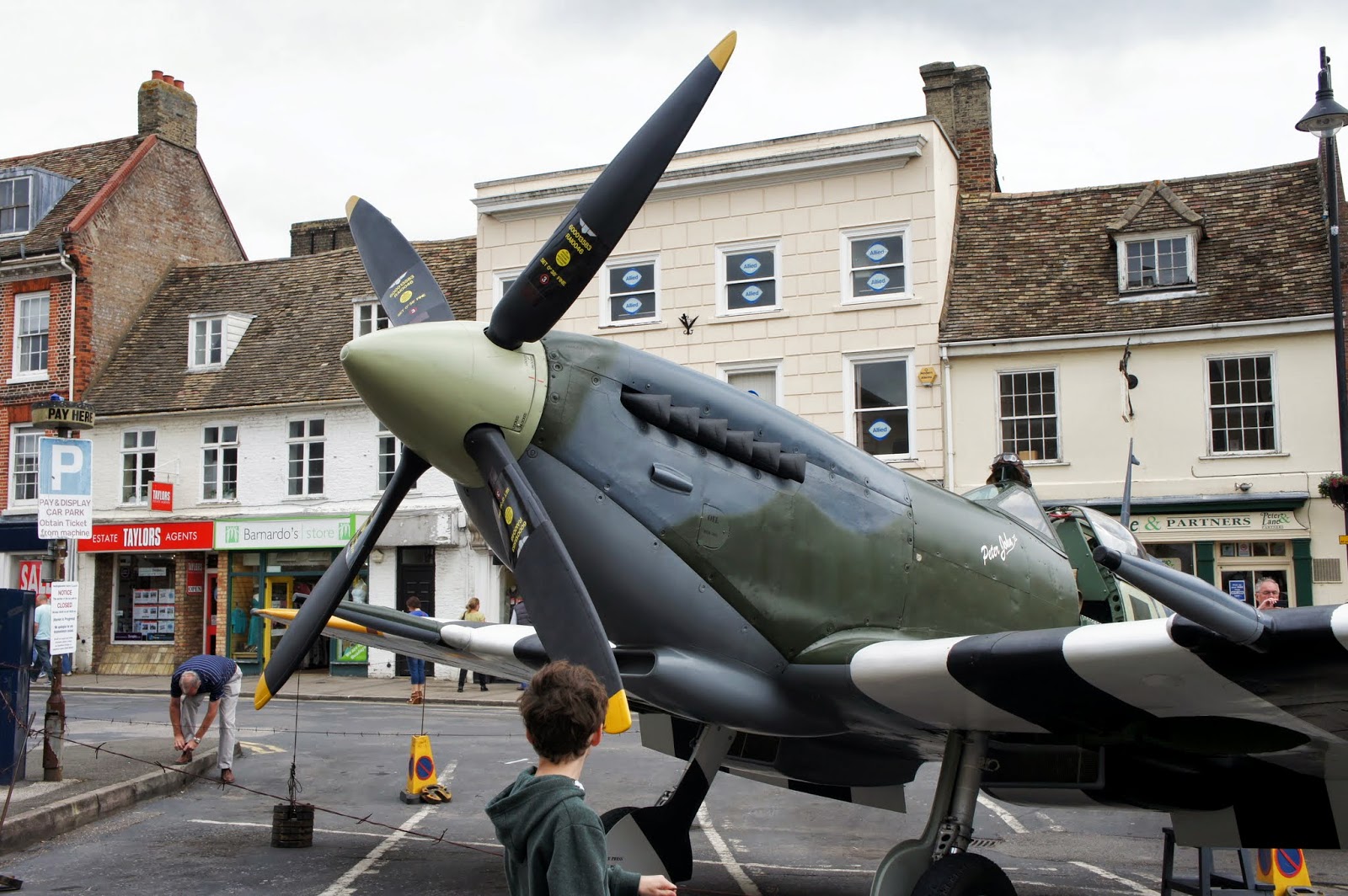 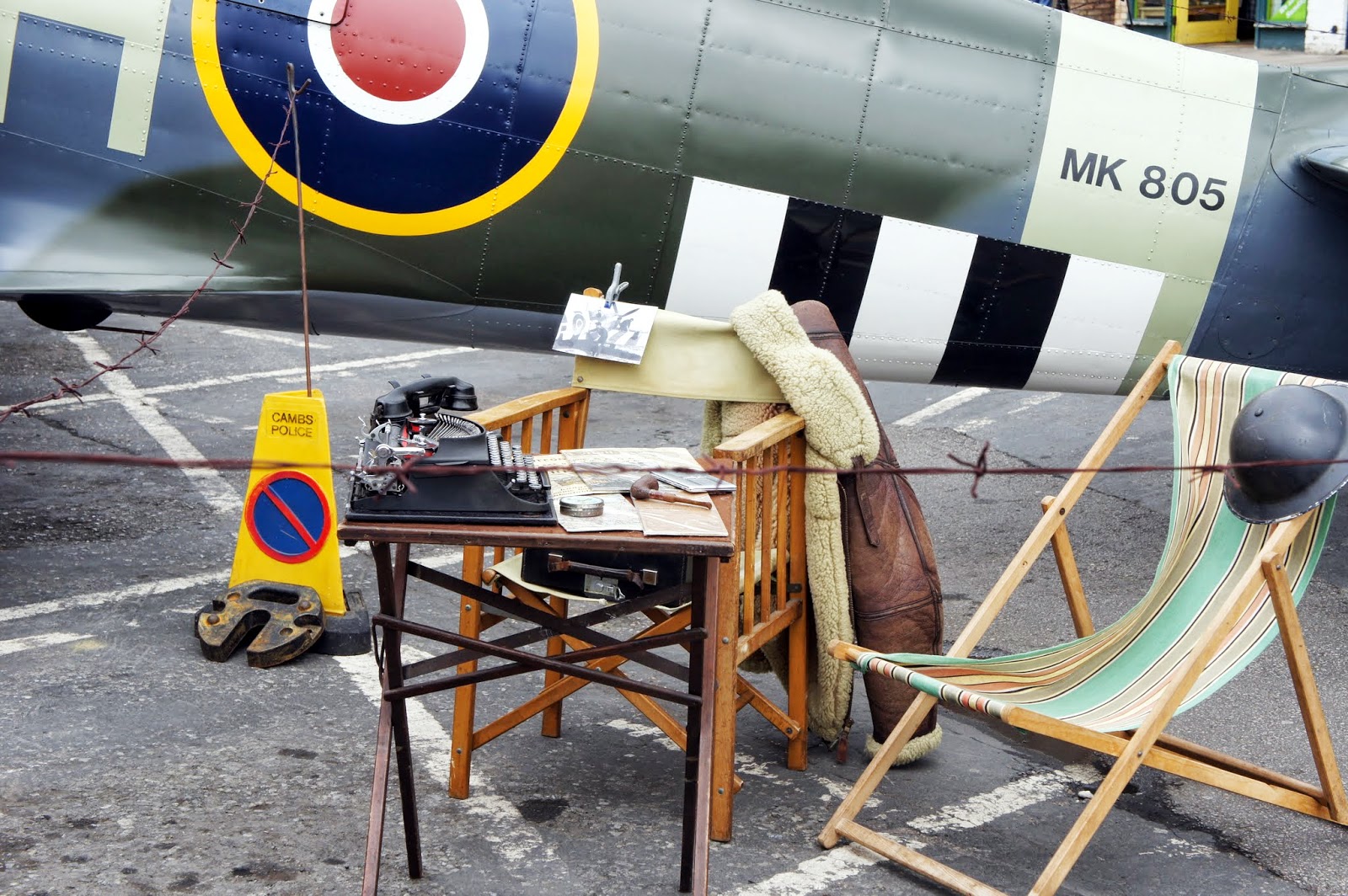 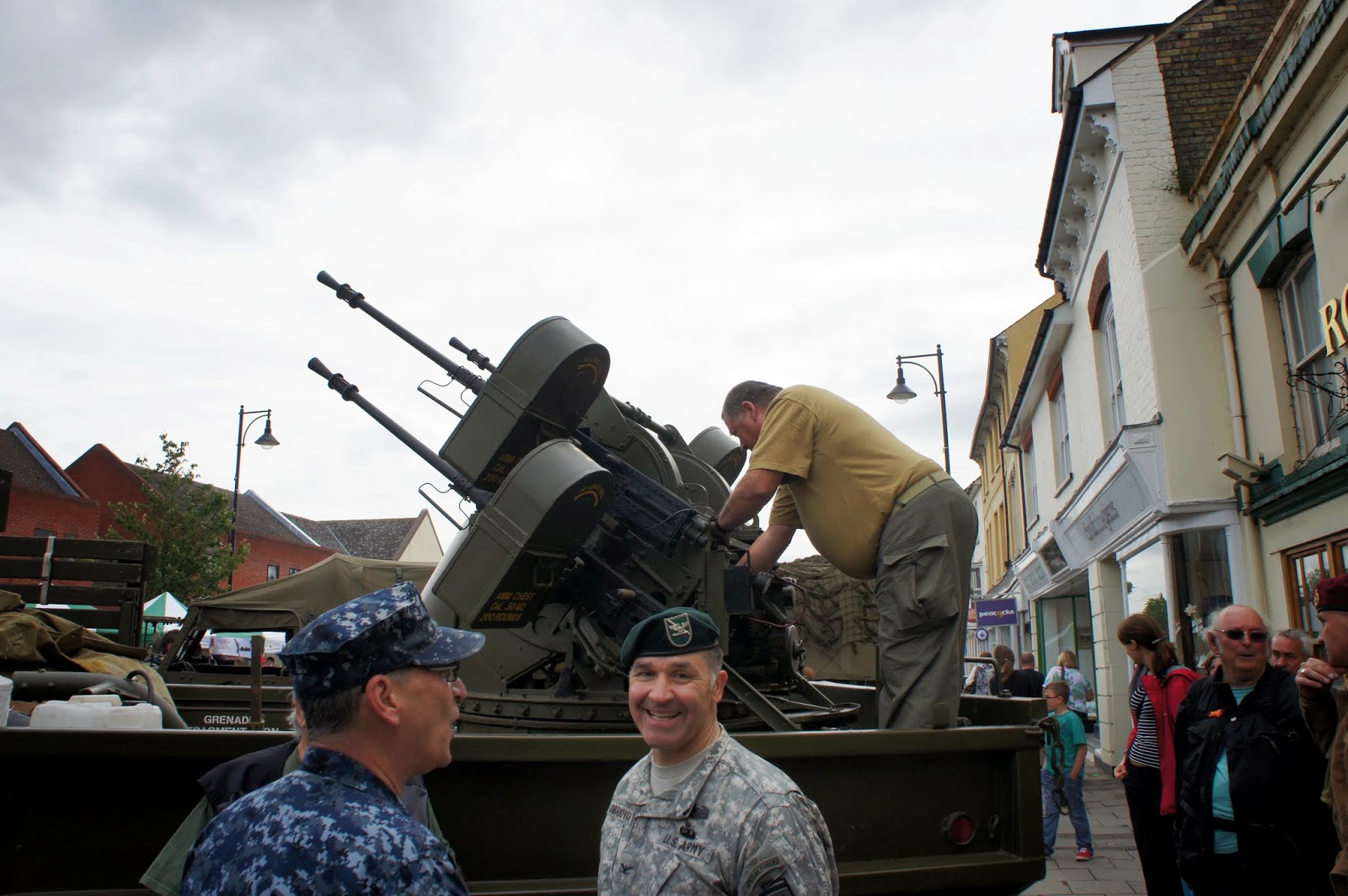 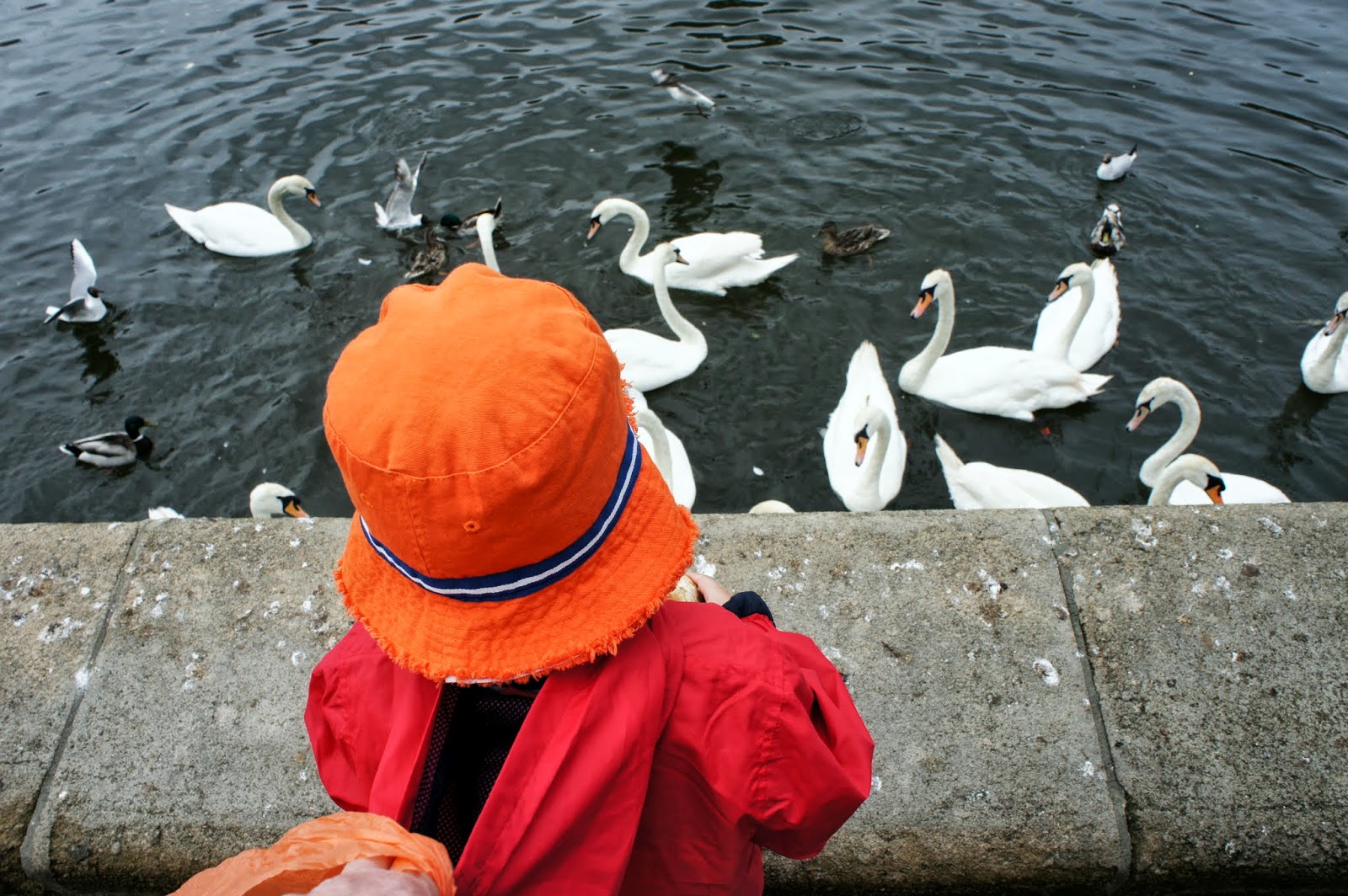 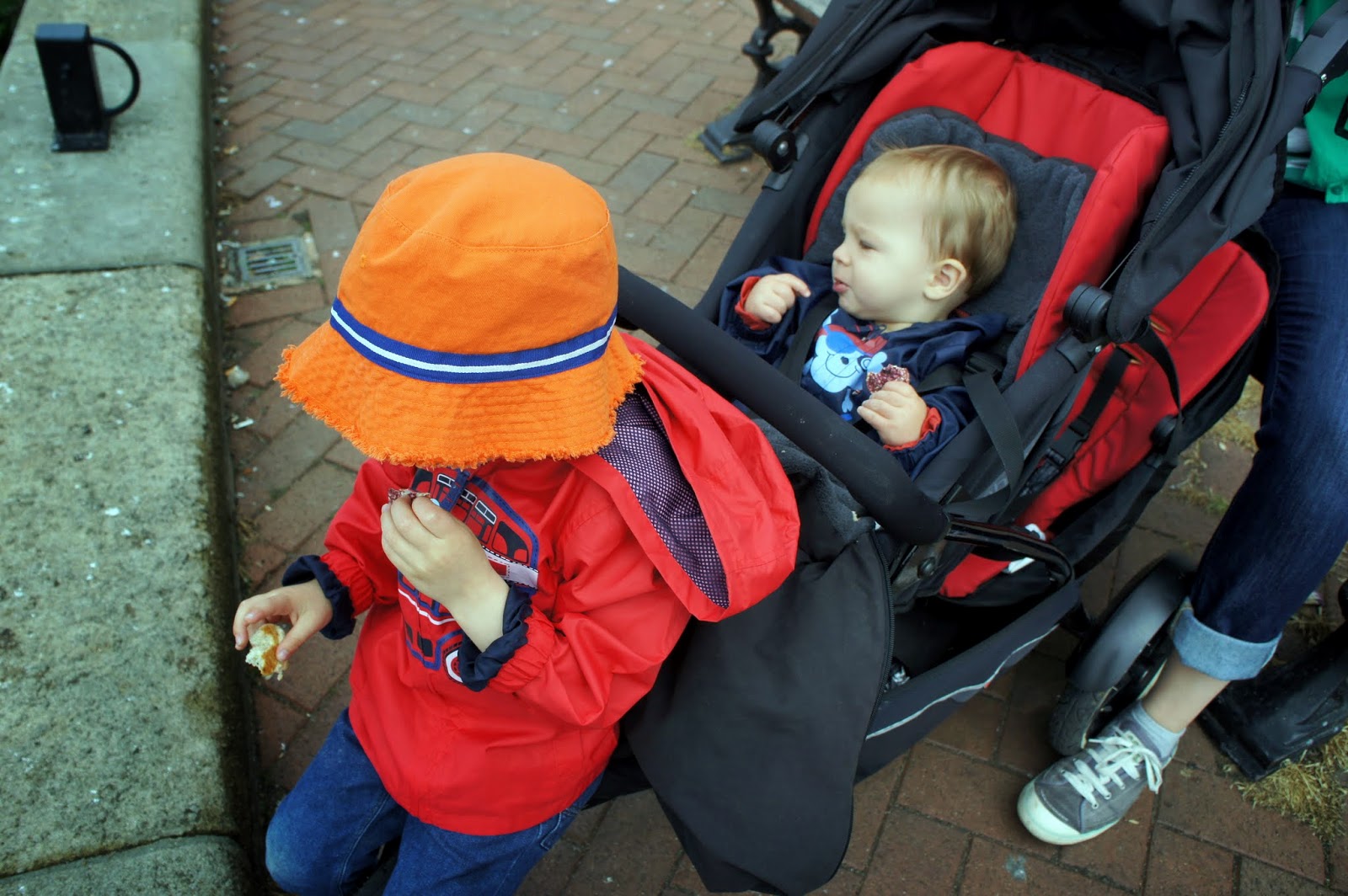 There was also a RAF band playing at lunchtime, so we picked up some lunch and settled down to listen.  They were really good, lots of Glen Miller and swing band numbers.  Rufus was soon dancing, much to the amusement of the onlookers.  During the music there was also a Spitfire flypast. Rufus managed to collect a chest full of stickers before going home. 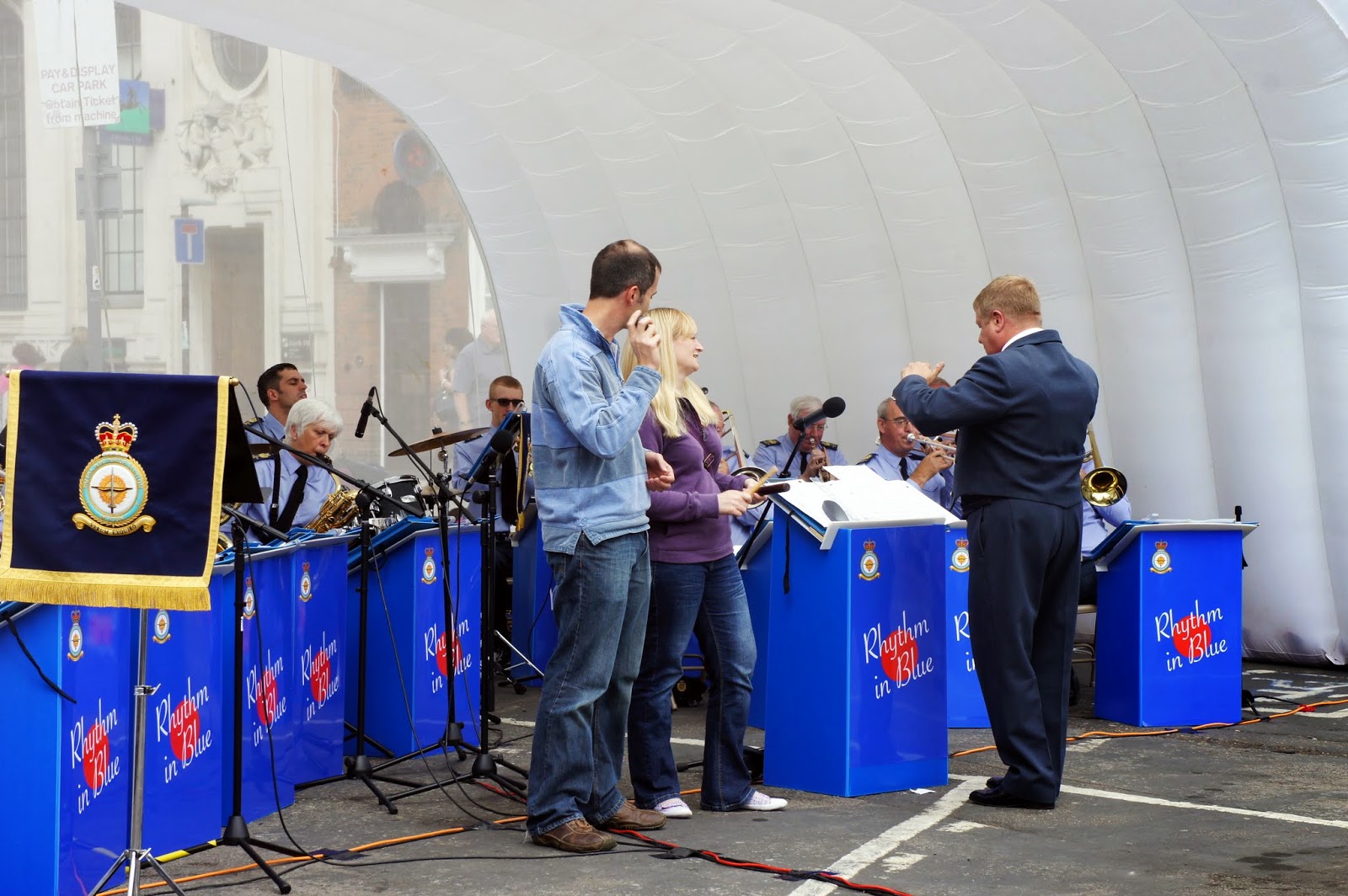 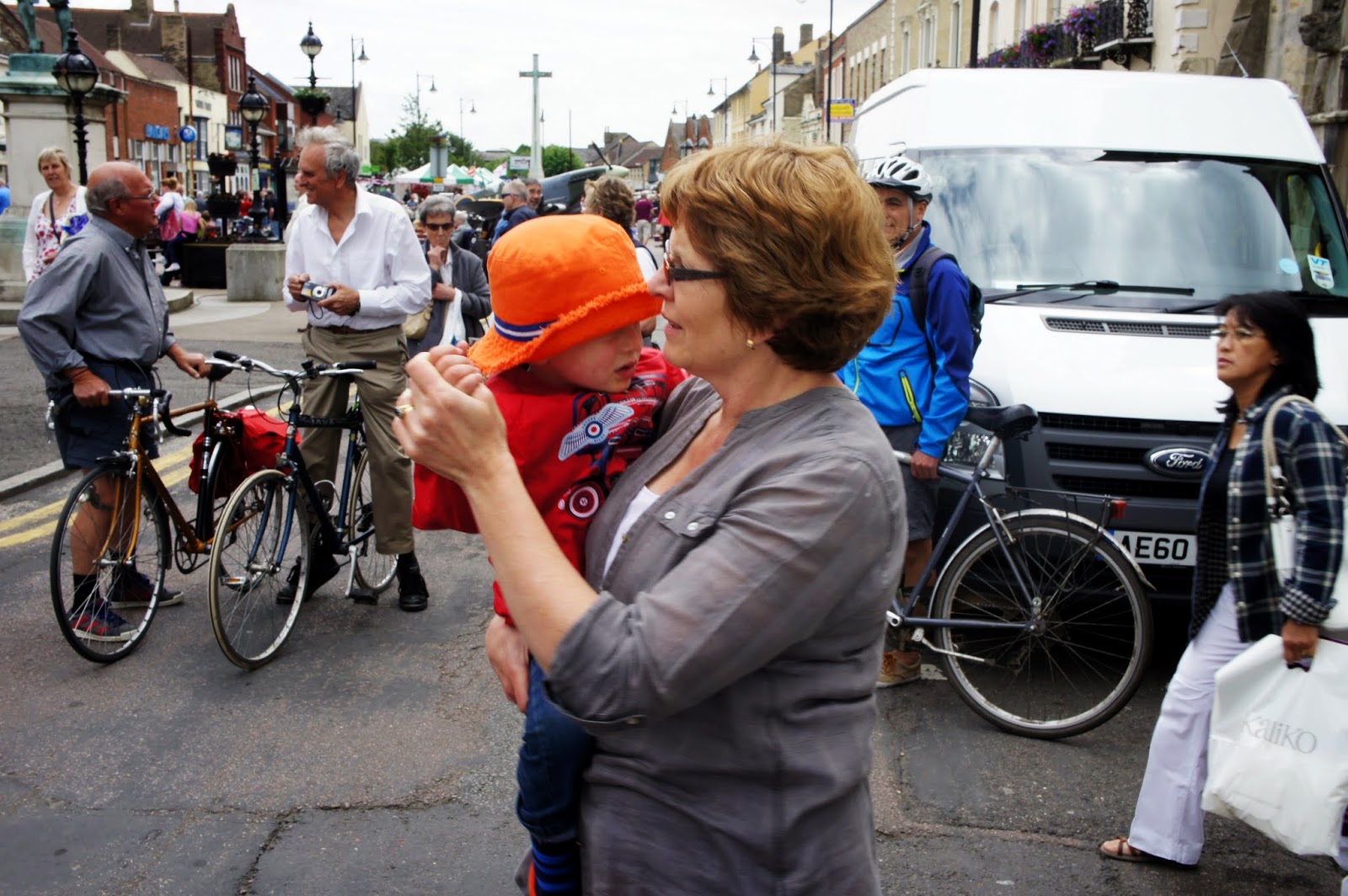 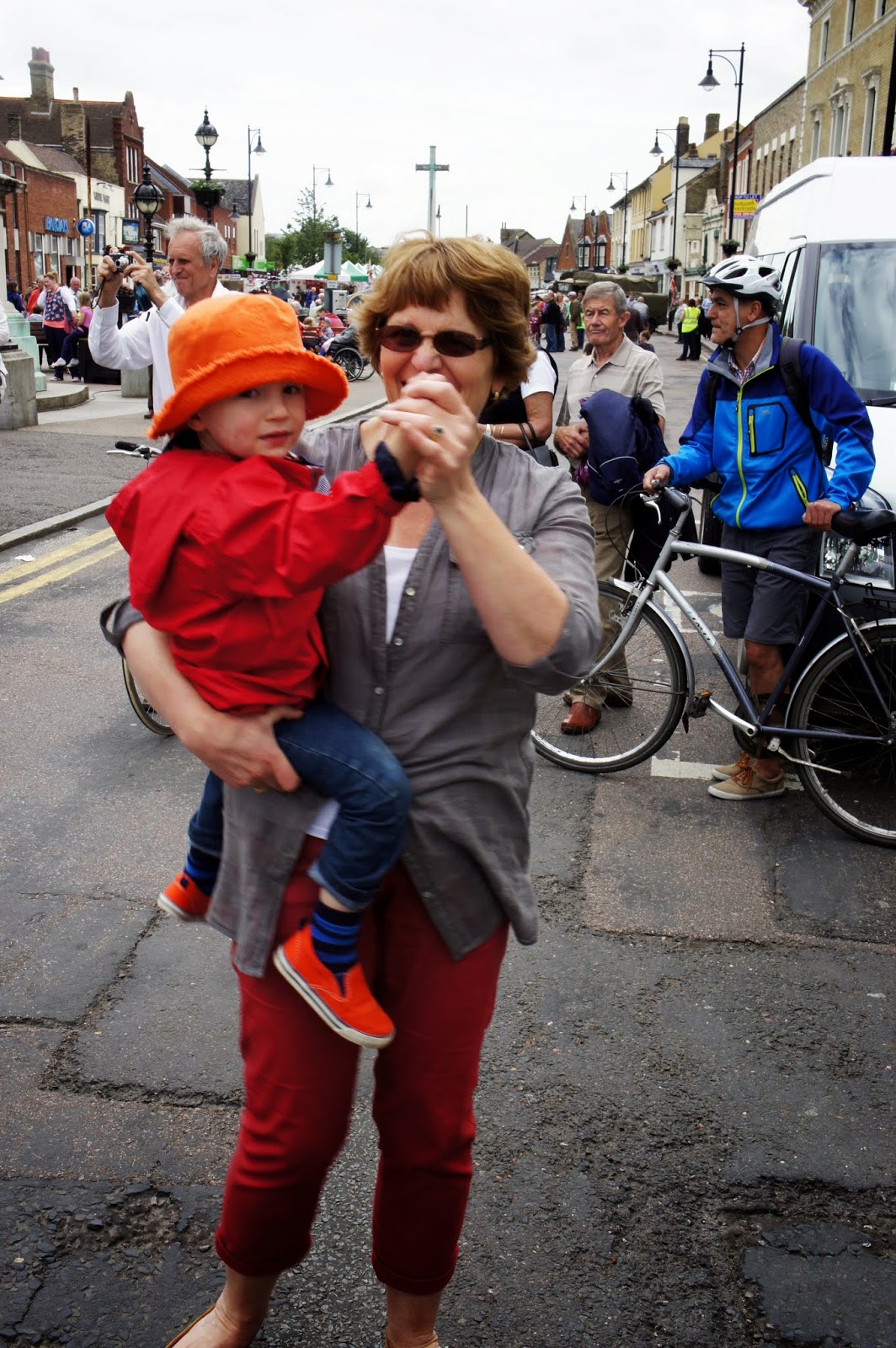 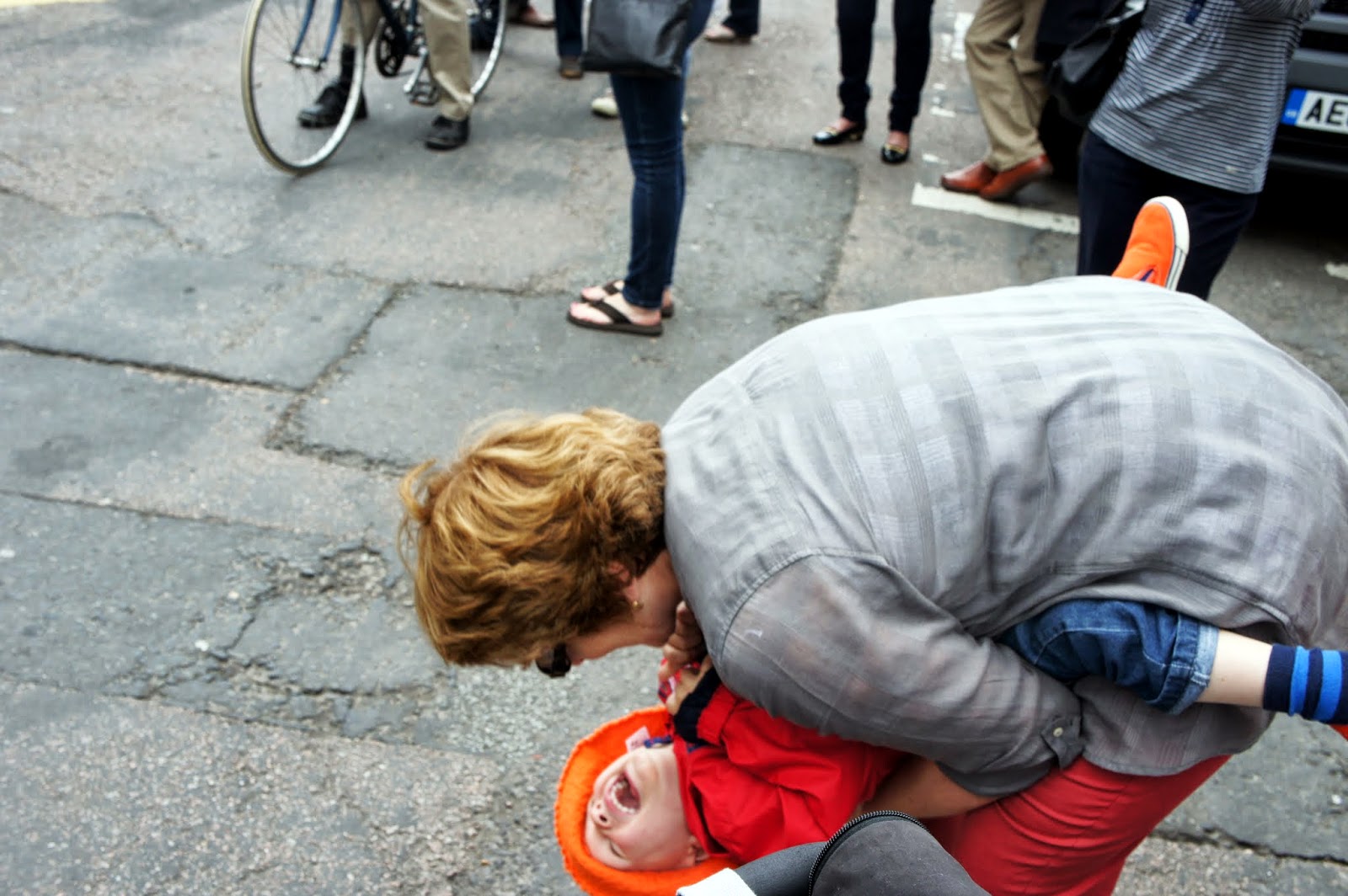 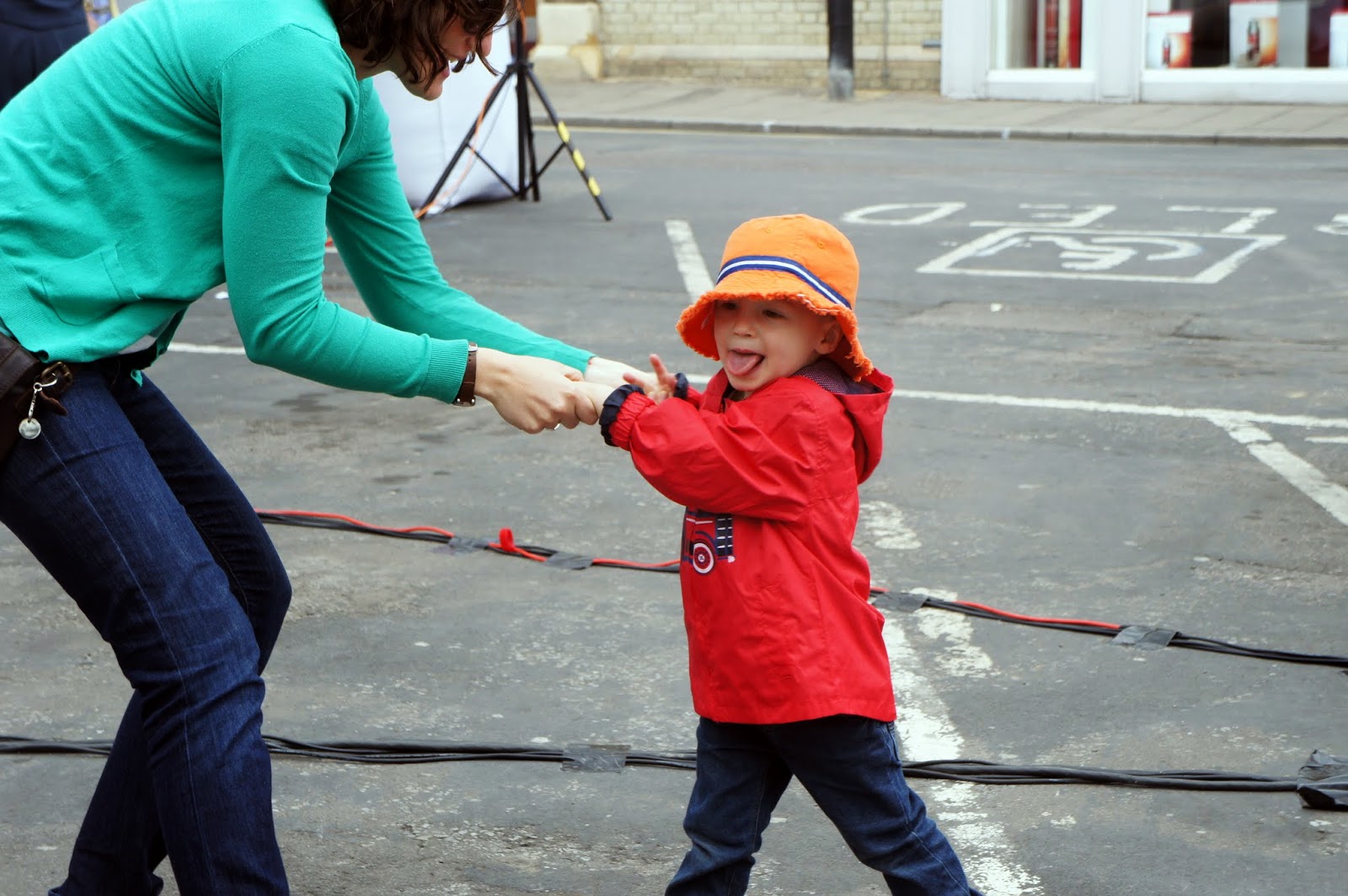 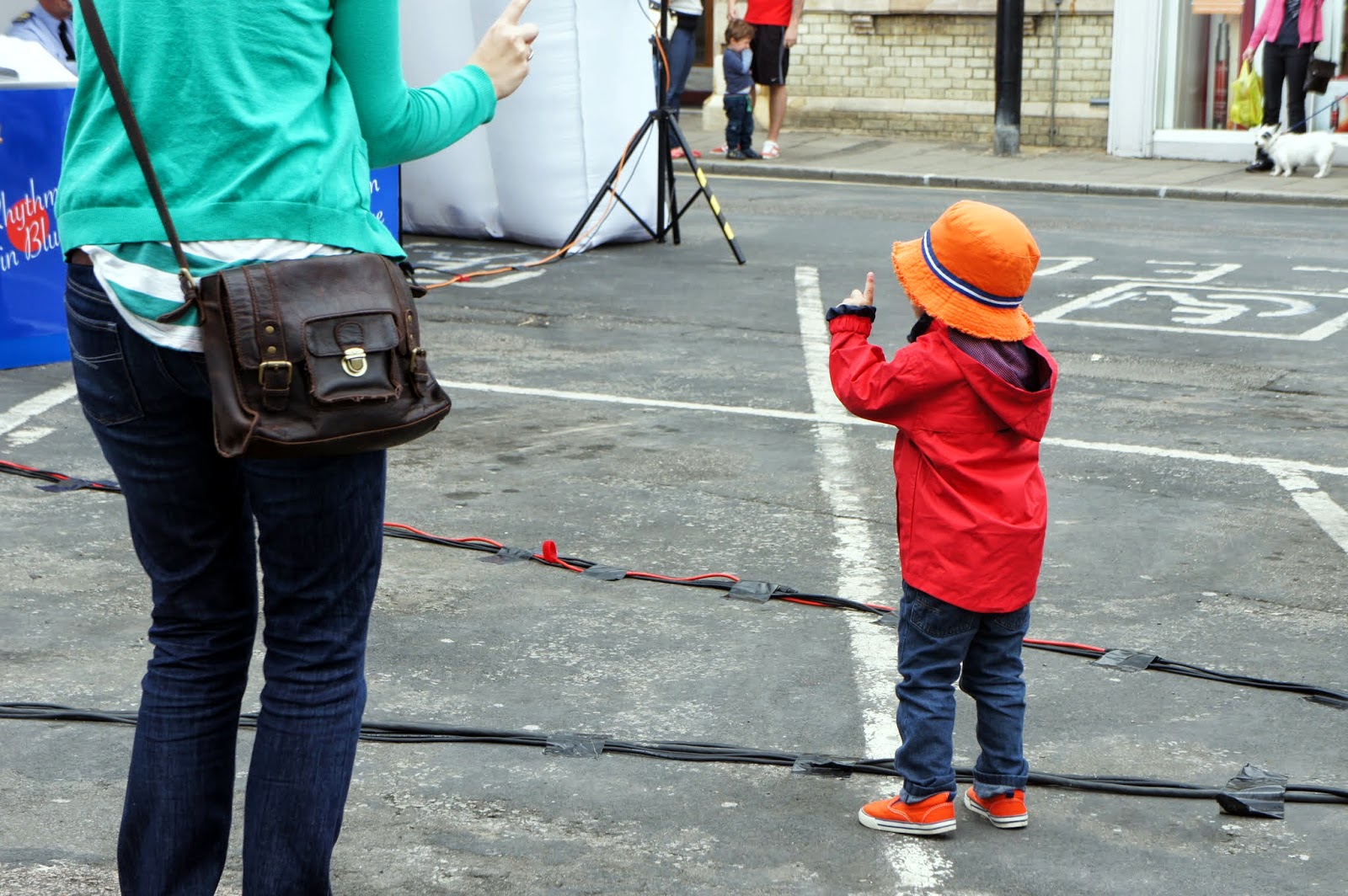 Both boys enjoyed the bus trip, and we got home in time for a nap.

By the time naps were over the sun had come out and we managed some fun in the garden, introducing Laurie to the slide, which proved a big hit! 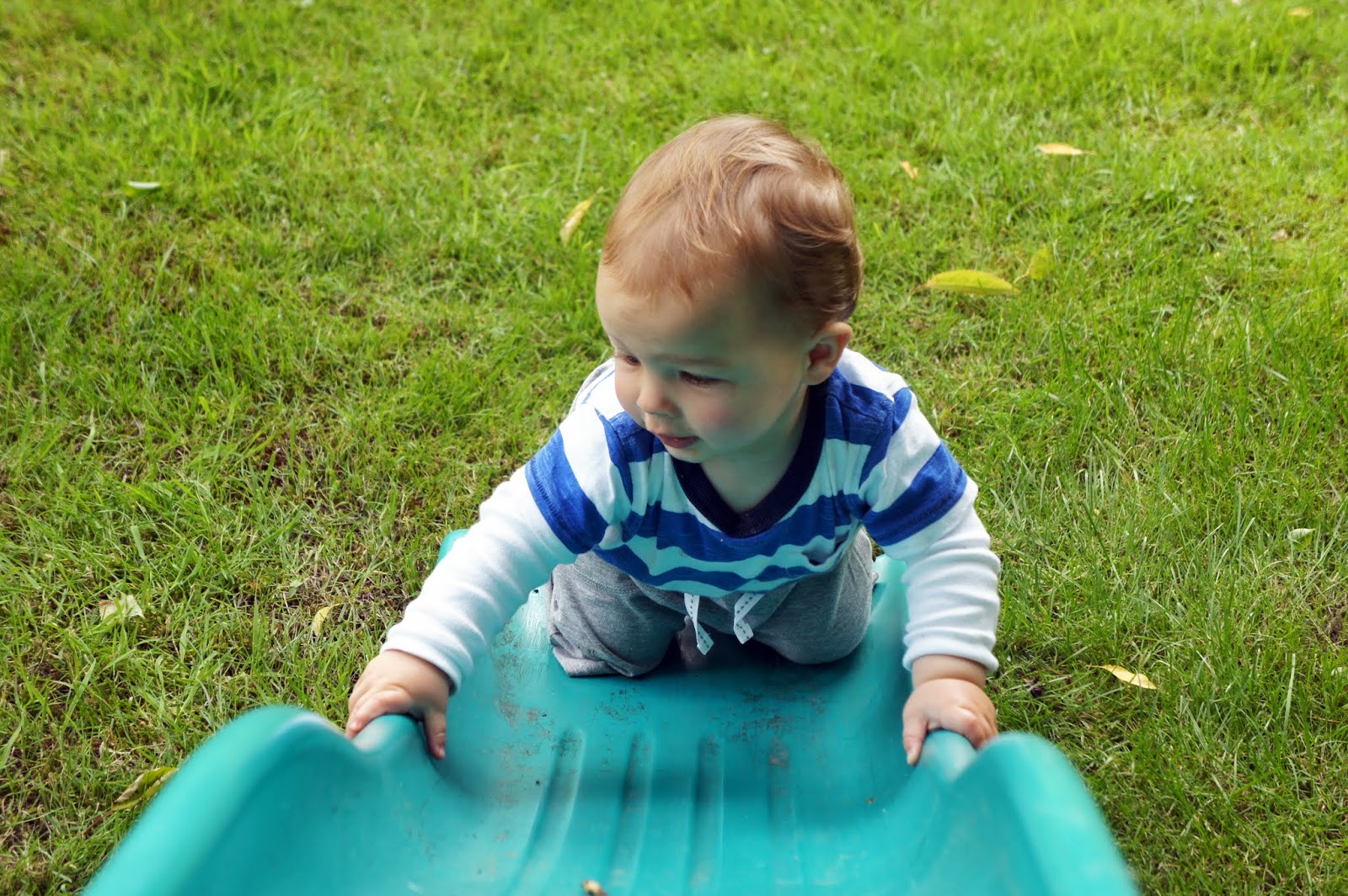 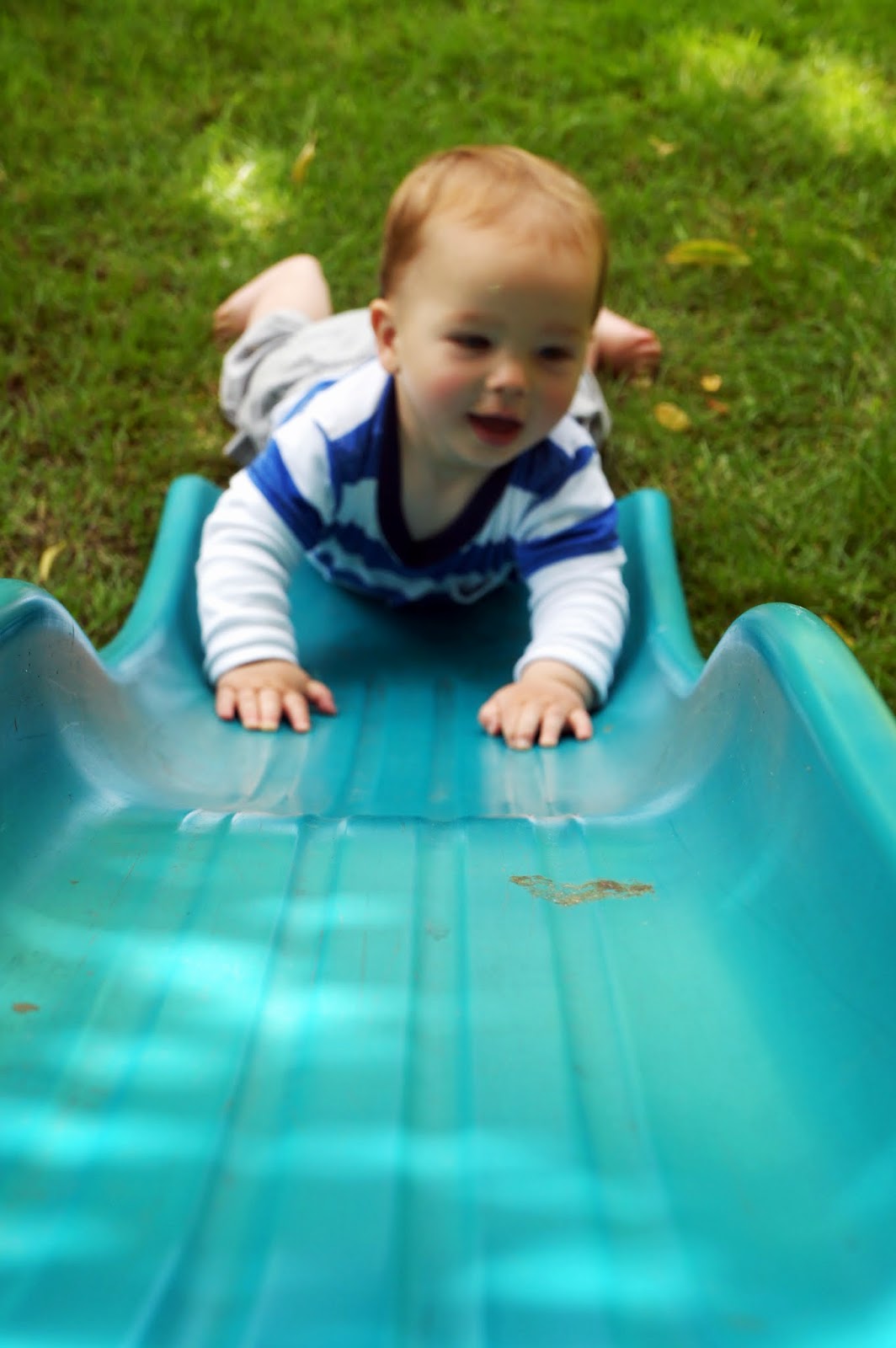 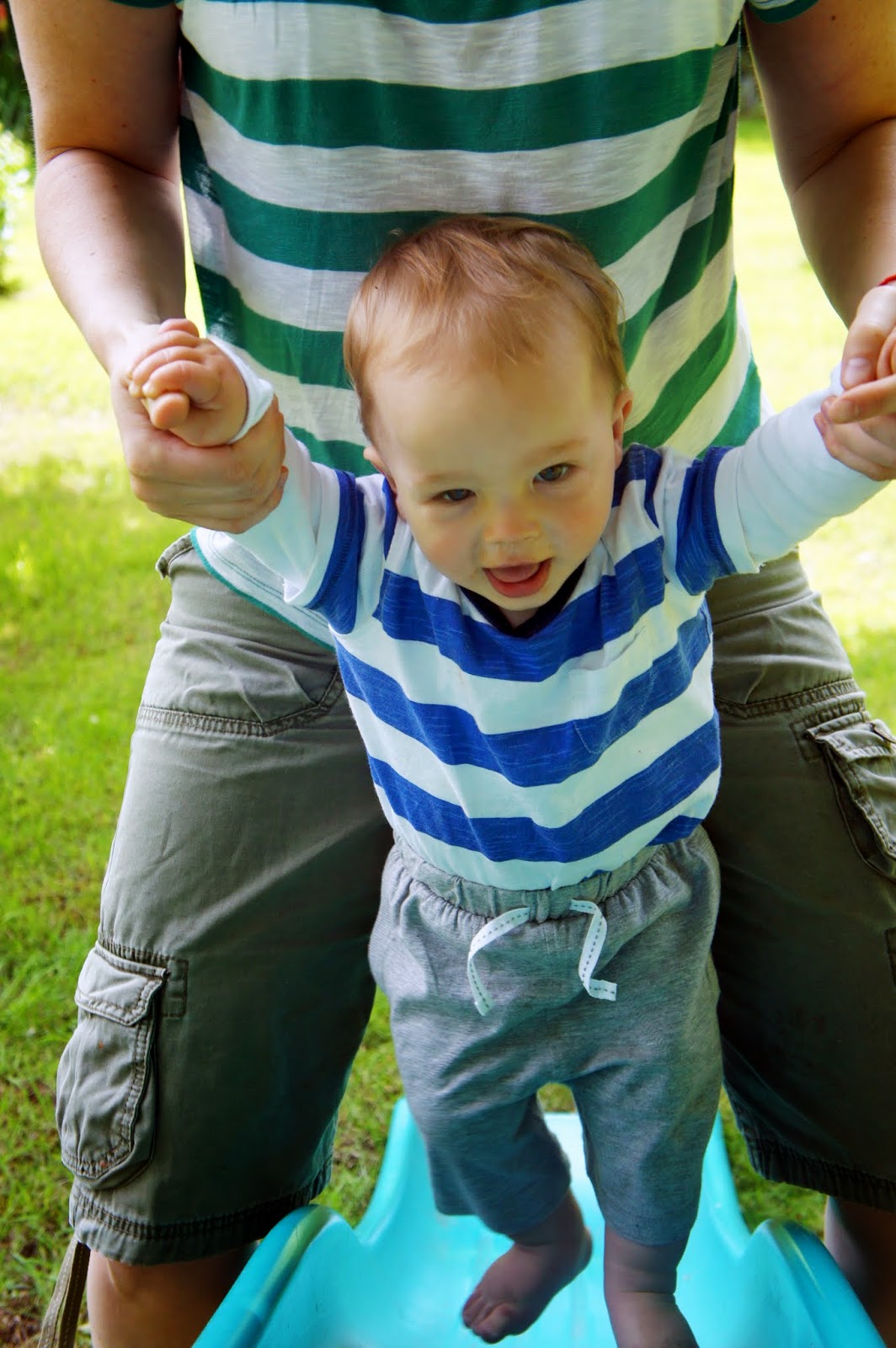 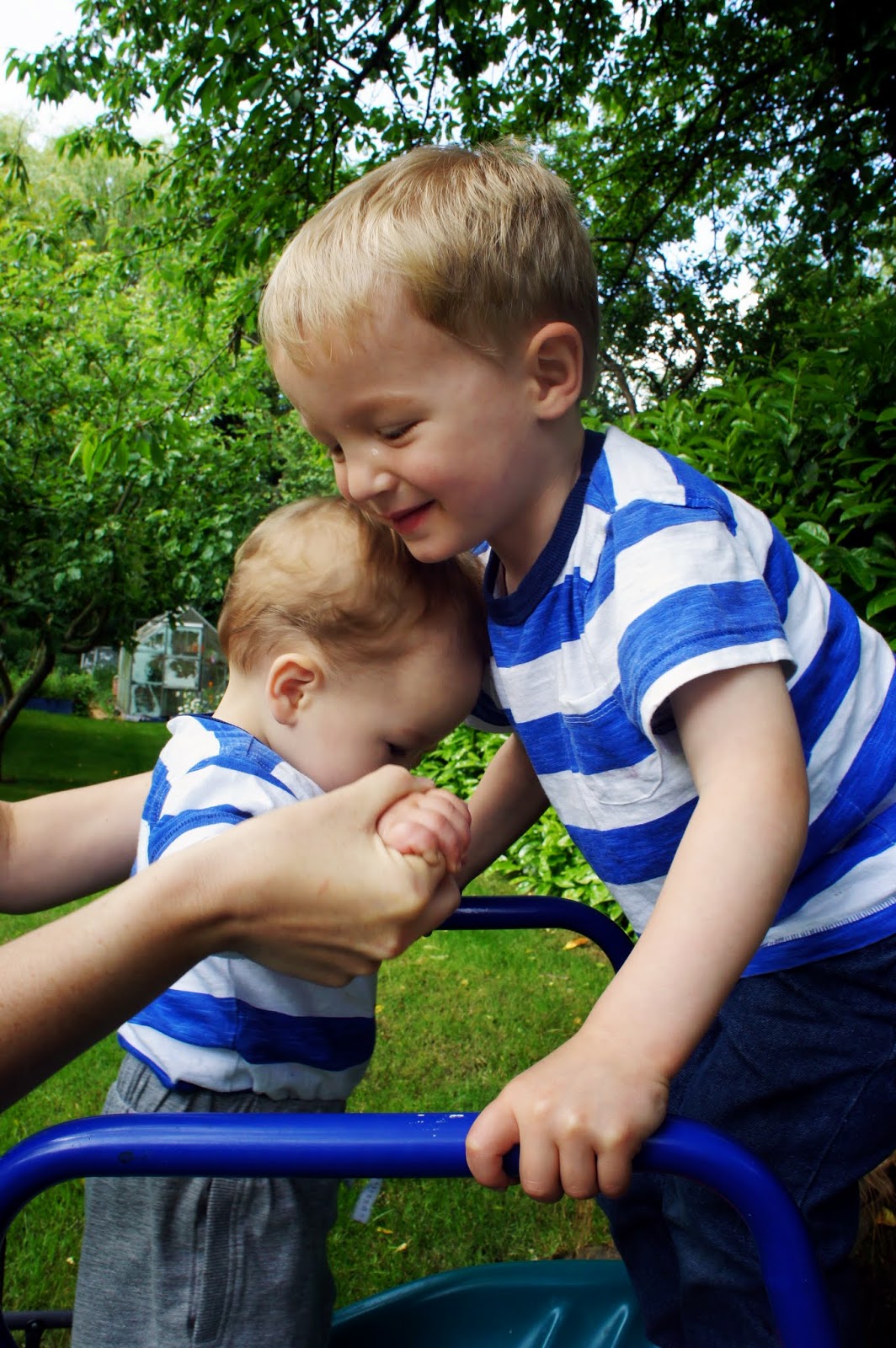 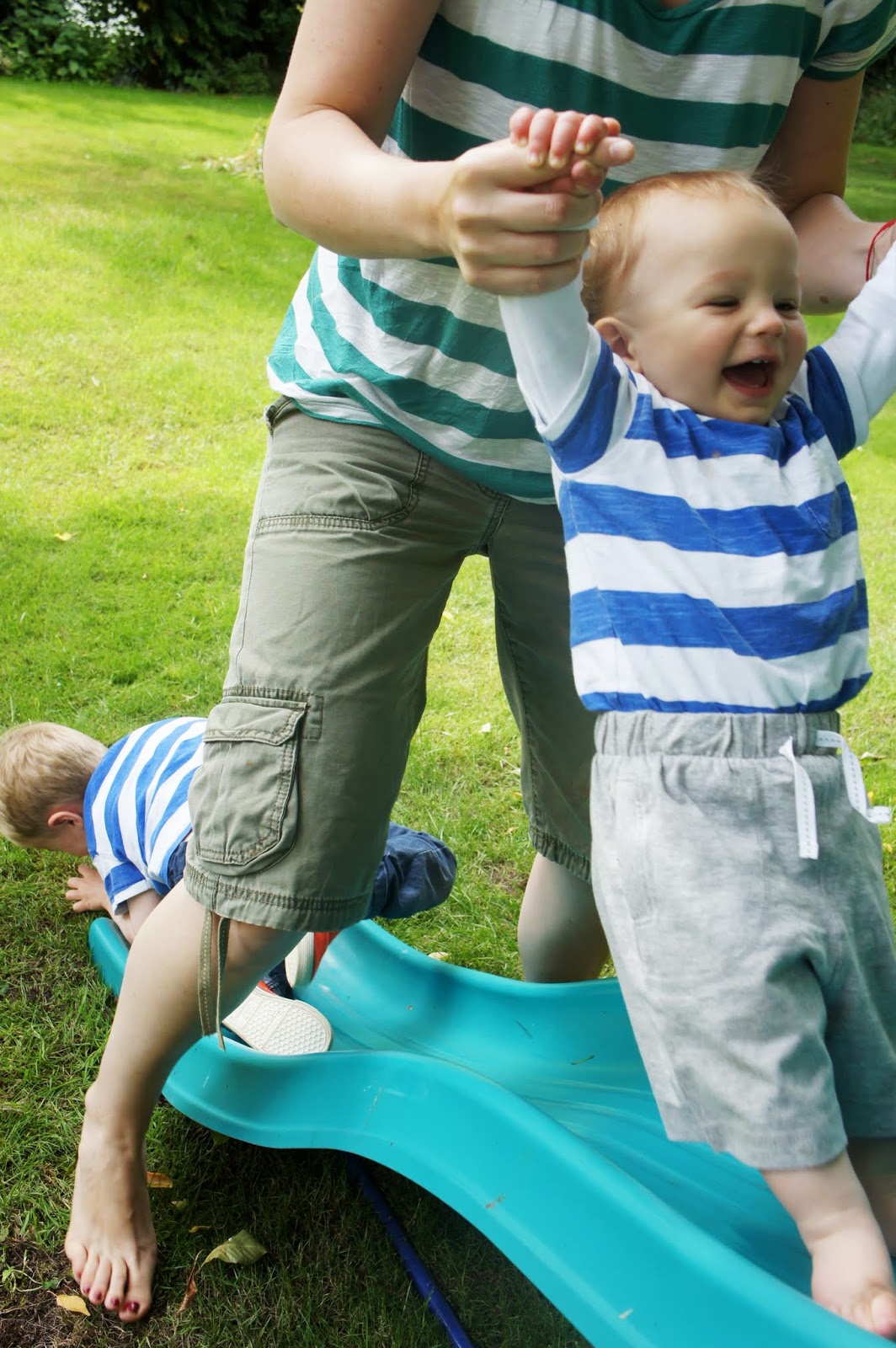 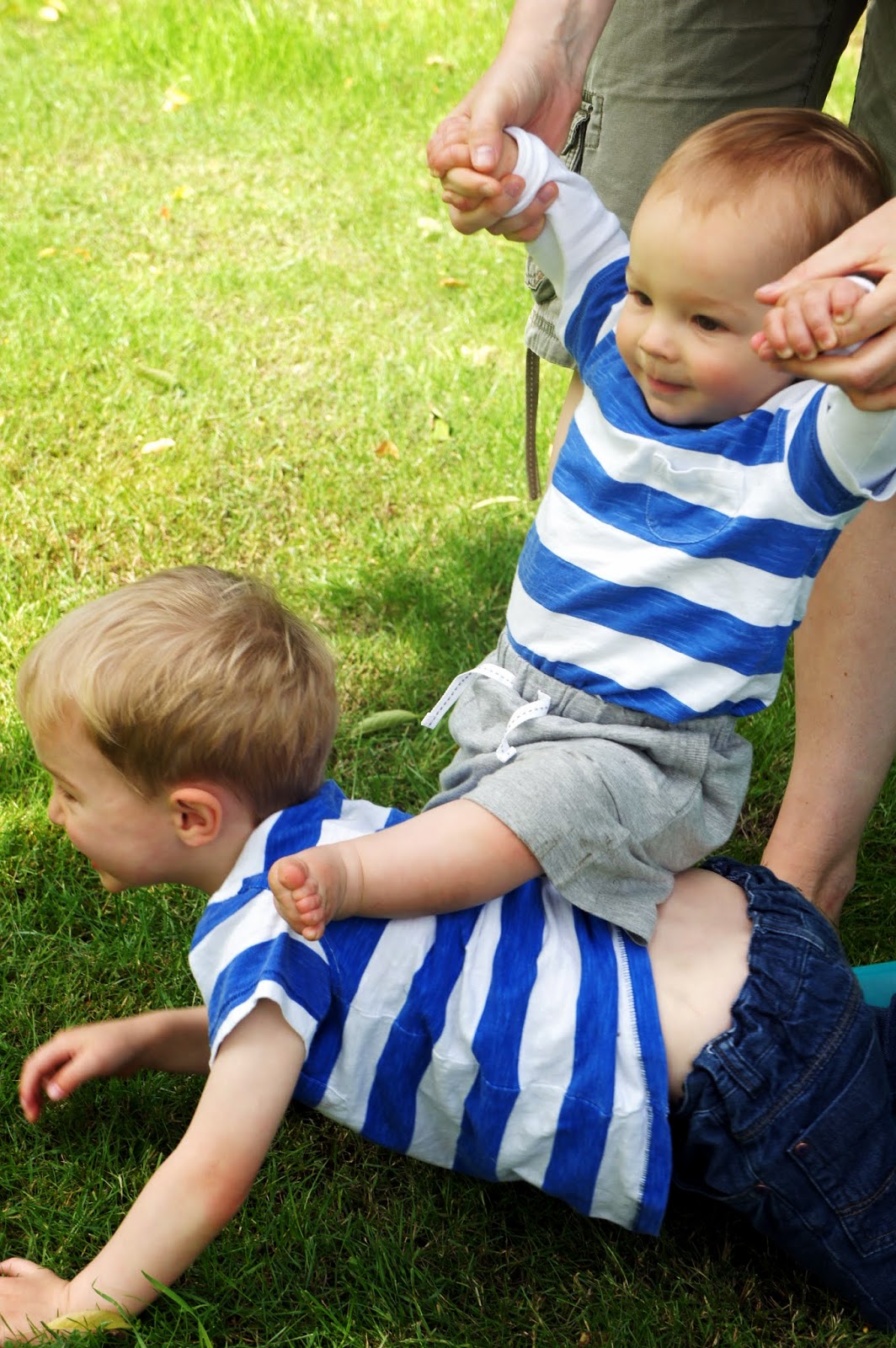 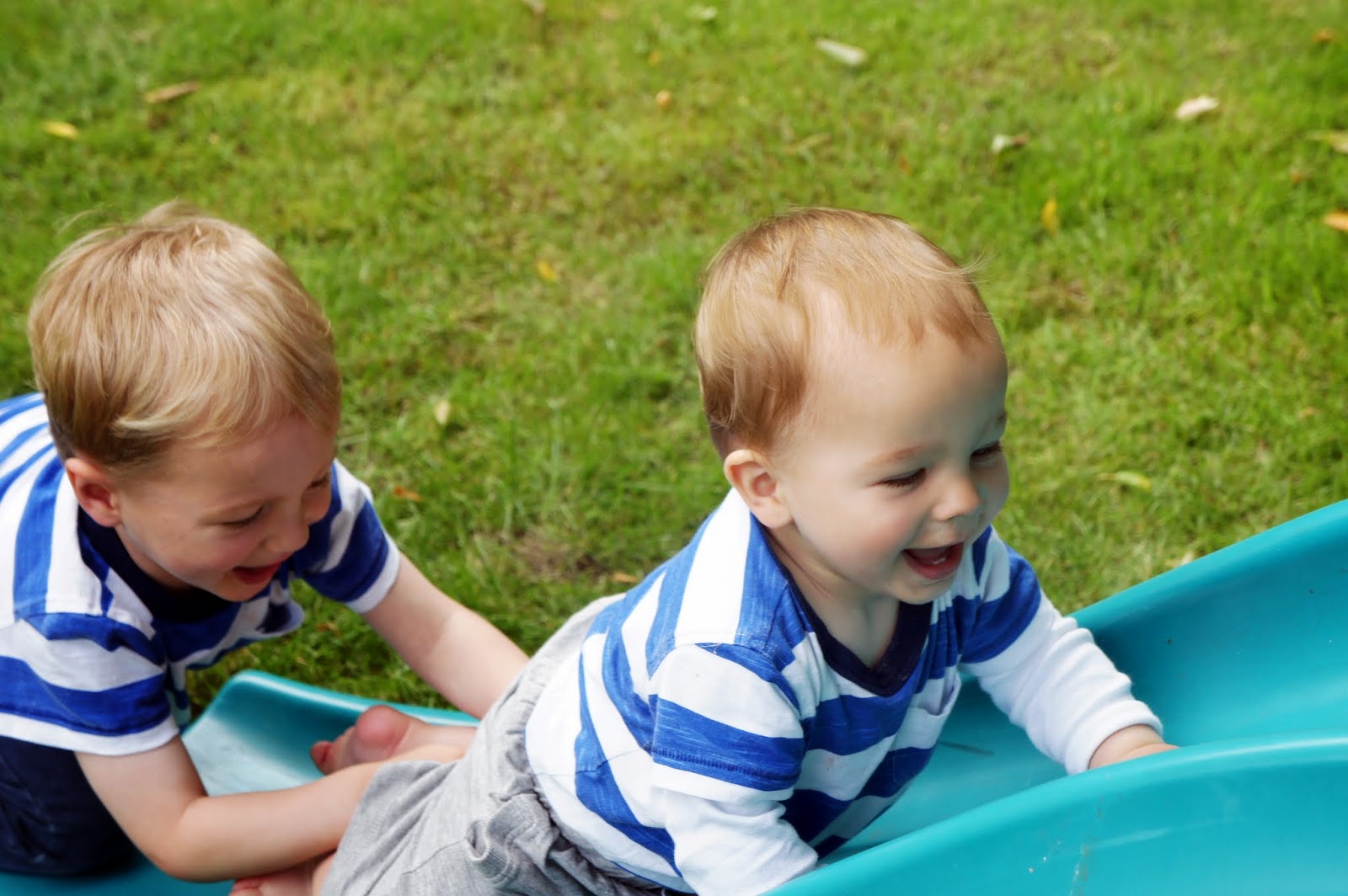 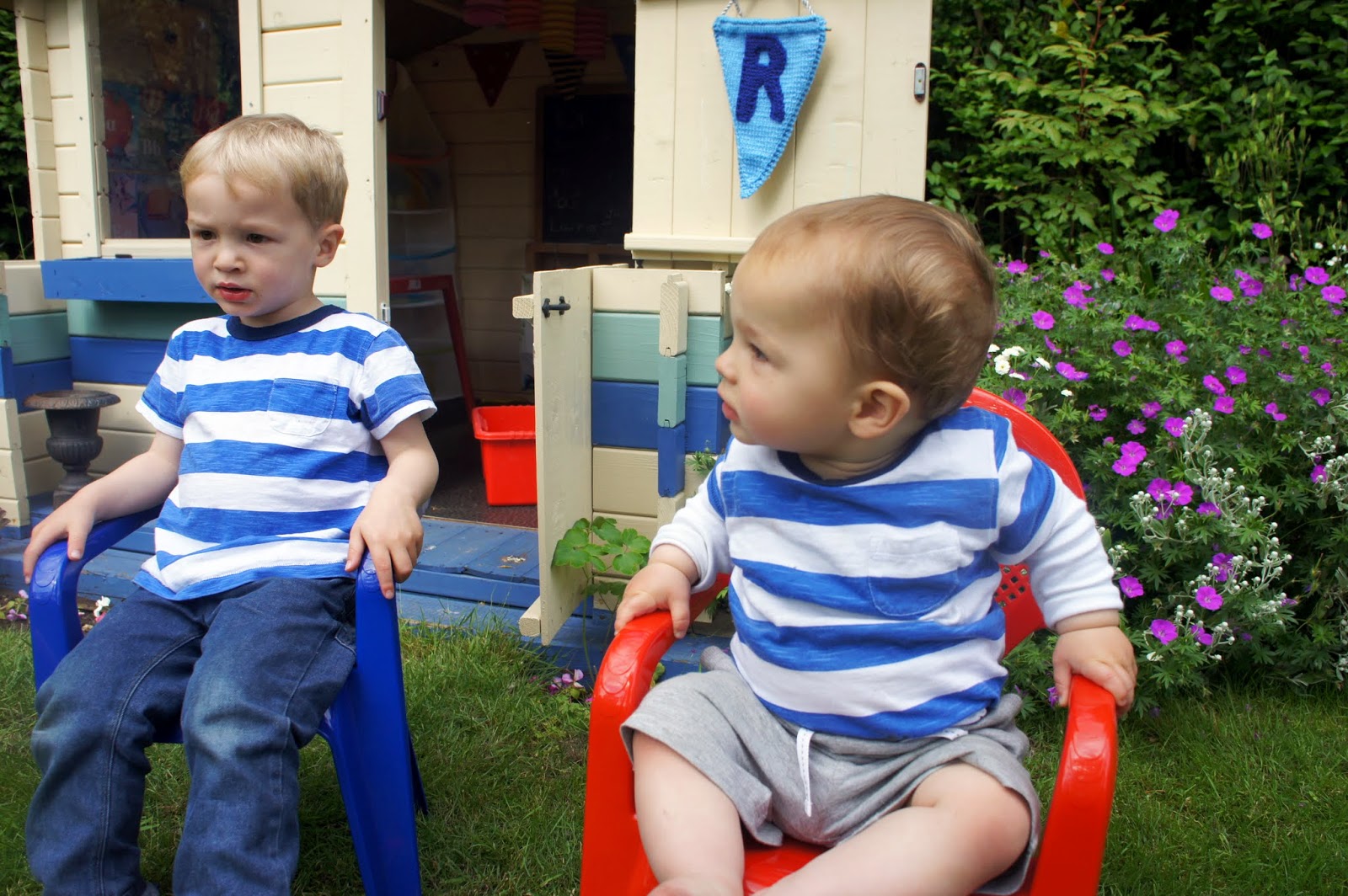 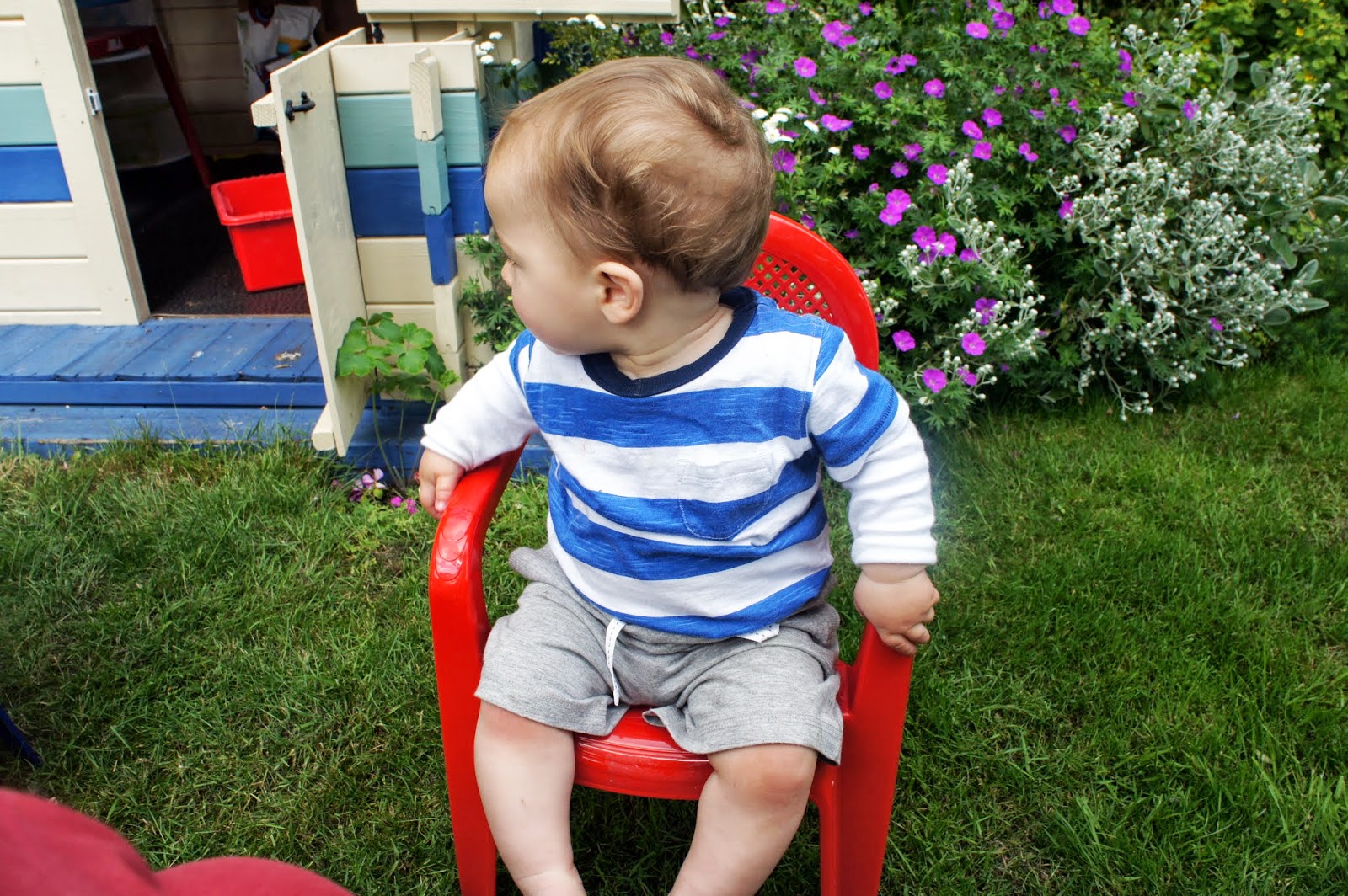 What can I say about Laurie, he loves to eat.  He is a very enthusiastic eater, not that fussy as long as it keeps coming and coming fast, he doesn't like to be kept waiting! 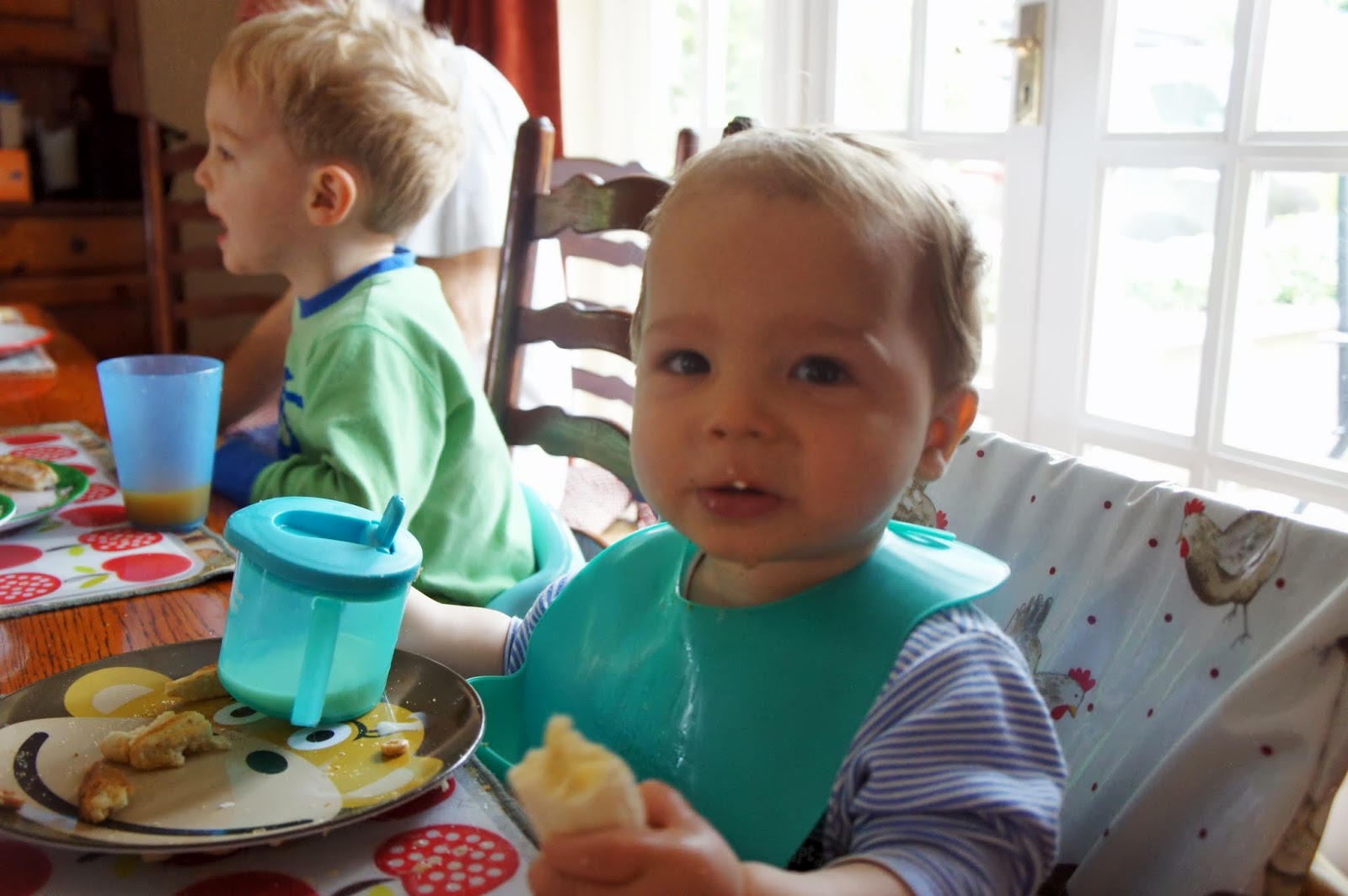 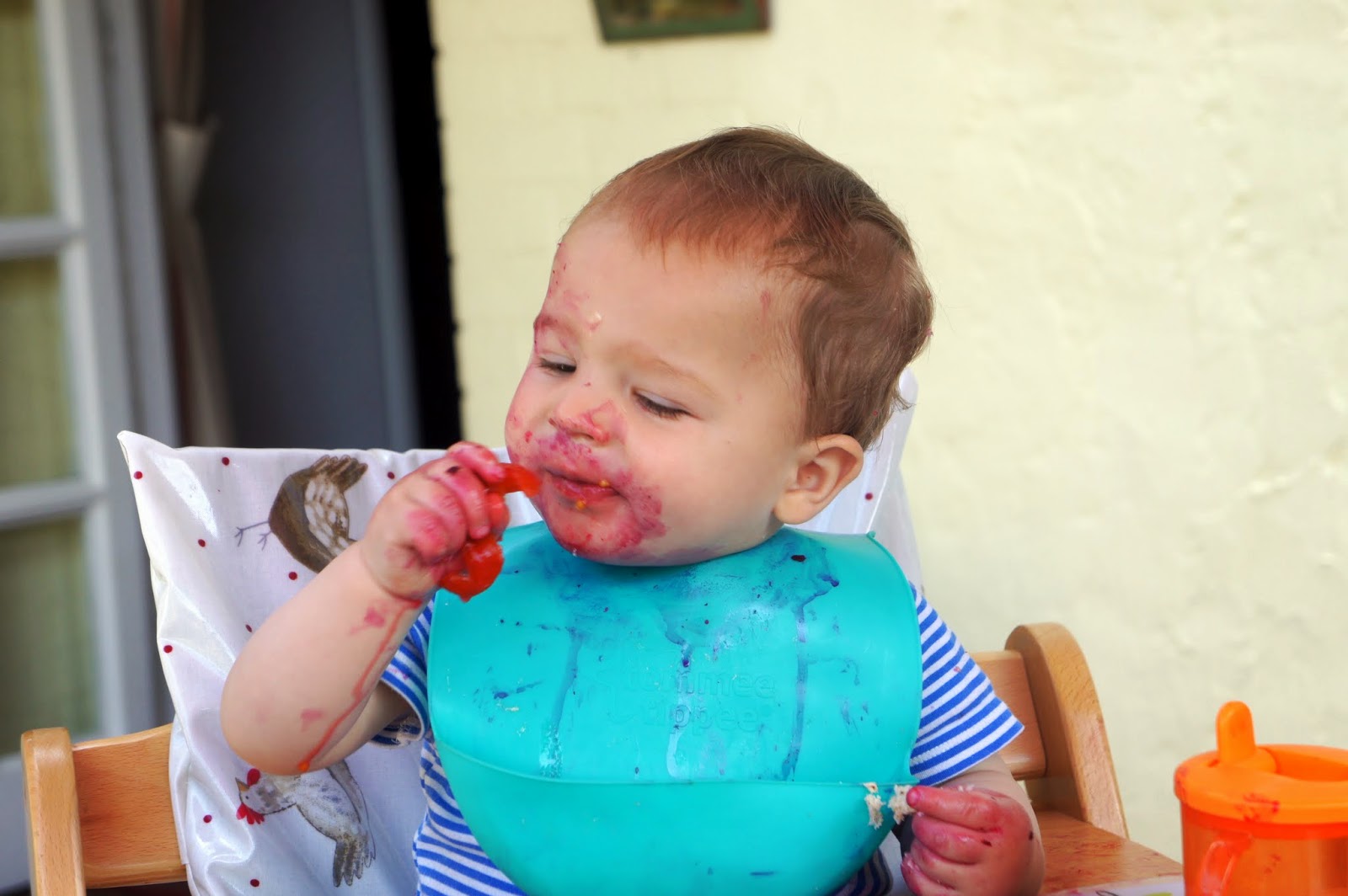 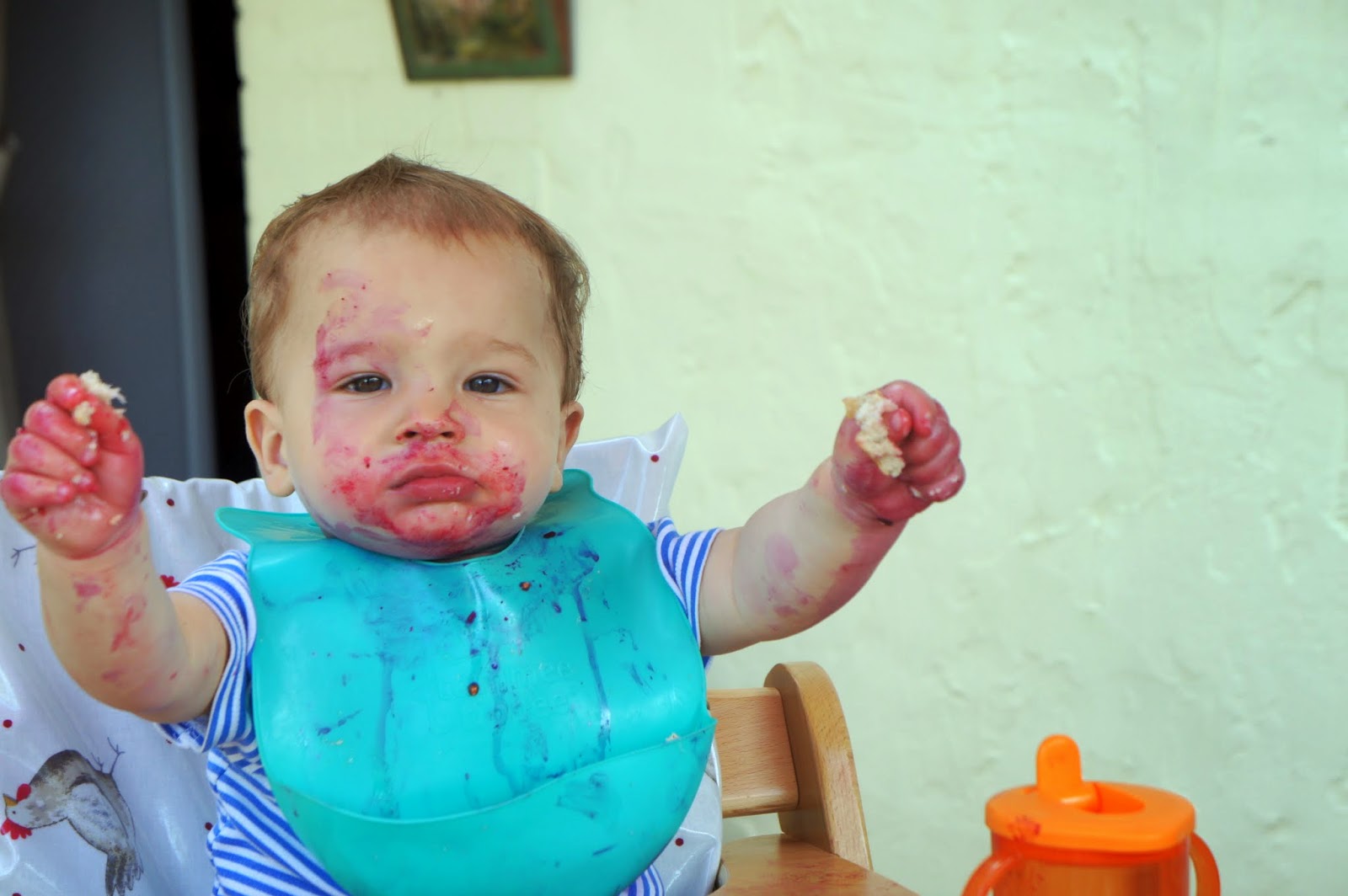 The rest of the weekend was a whirl of gardening and play, weather was beautiful, what more can you ask for
Posted by Sue ~ Granny's World at Tuesday, July 02, 2013